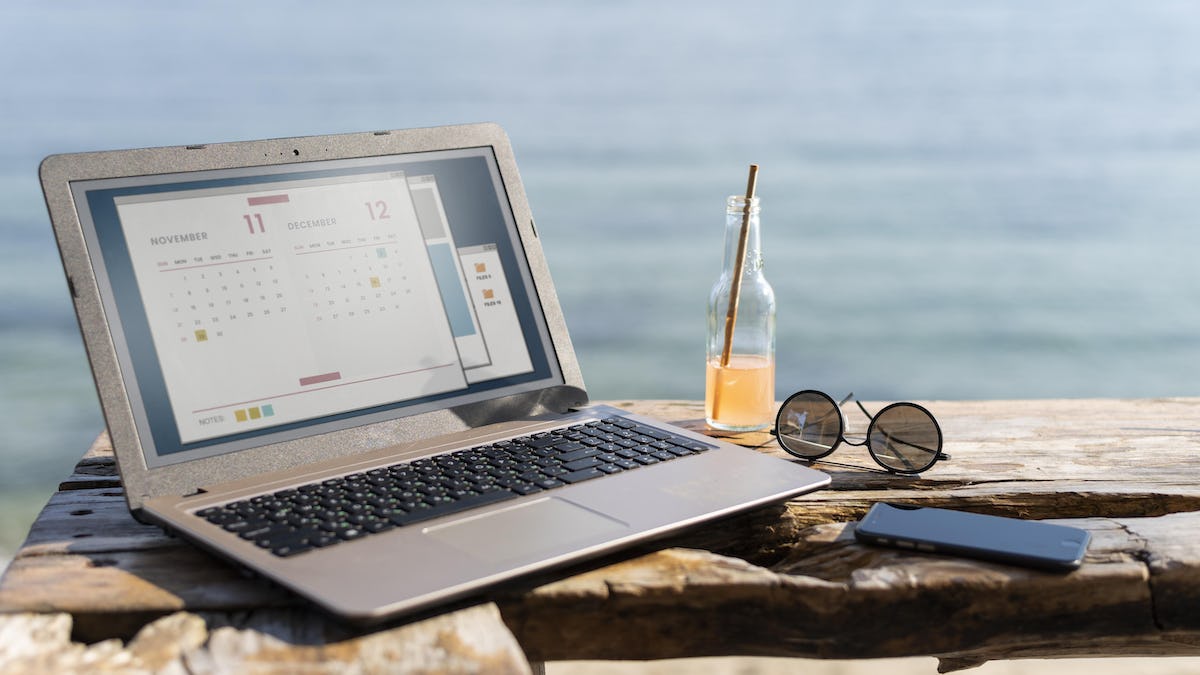 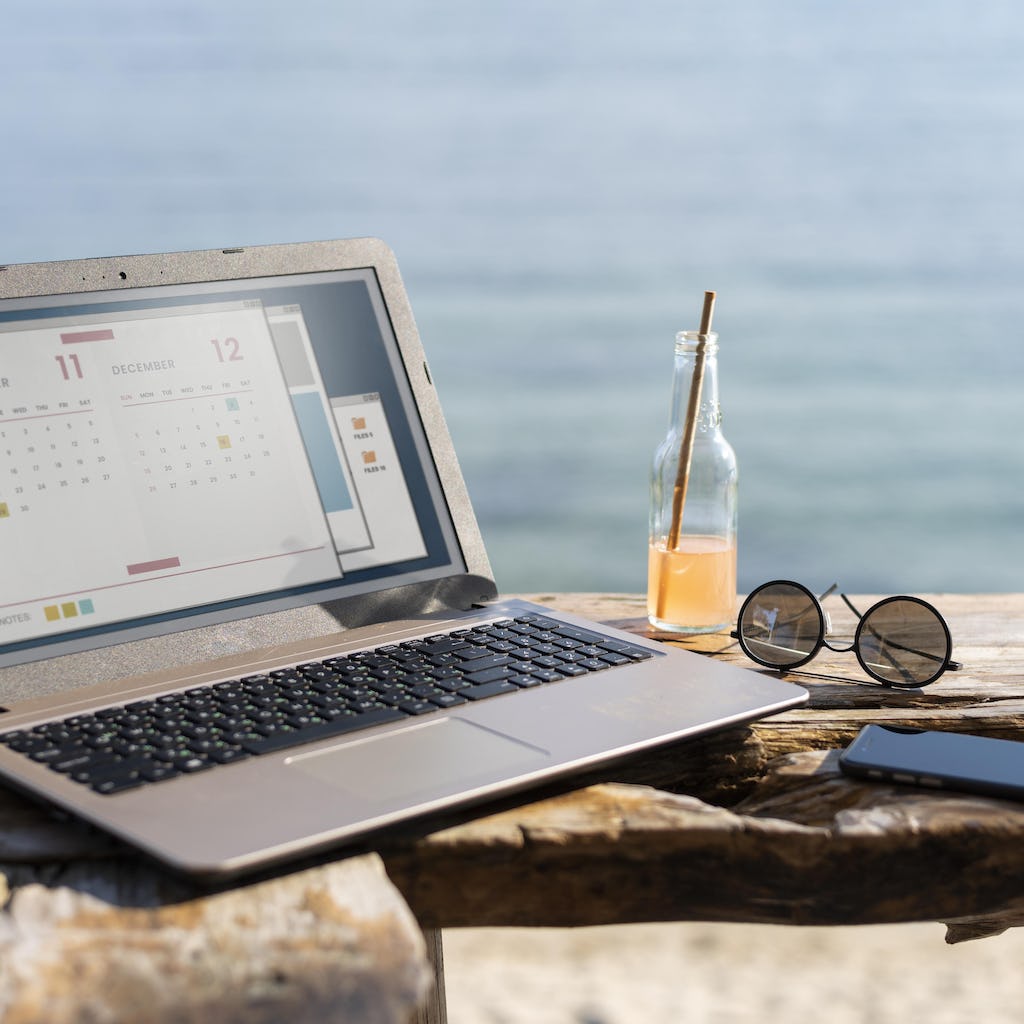 Americans have one the most complicated tax system in the world and a government that enforces that system effectively anywhere in the world. Even if an American moves to a country with no taxes, they still have to file and pay US Taxes, although there are effective legal methods to help significantly reduce these tax payments (but they require cautious legal guidance and planning).

On the other hand, Puerto Rico is a part of the United States but under the US Internal Revenue Code, an American who moves to Puerto Rico enters a new tax system. All of the person's income from Puerto Rican sources is only subject to Puerto Rican income tax, not US income tax. You can't find similar benefits anywhere else in the world.

But in order to effectively benefit from these tax benefits that Puerto Rico offers, individuals and businesses that do business in Puerto Rico need to know how the tax system works locally and how it works in harmony with the tax system of the United States.

Puerto Rico is not a state of the United States; it is a territory with its own laws and rules about business and payroll. The purpose of this blog post is to explain to you how to handle your business, self-employment, and investment taxes in Puerto Rico under Act 22. I want to give you a useful background and general information that will help you and your businesses thrive in Puerto Rico. Still, before moving relocating to Puerto Rico, it is highly recommended to get personalized advice and counsel from qualified professionals to consider your specific circumstances.

How Puerto Rico Act 22 Facilicates the Relocation of Individual Investors and Provides a Tax Incentive for Business Owners:

Under the US Internal Revenue Code, an American who moves to Puerto Rico enters a new tax system: all income from Puerto Rican sources is subject to Puerto Rican income tax, not US income tax. Under Sections 933 and 861 of the US Internal Revenue Code, the income is not taxed if the person providing the service is a Puerto Rican resident working in Puerto Rico. This is true whether the person is an individual or a business. Section 933 is a tool that no other government can match. It lets the government of Puerto Rico an advantaged position in providing tax benefits to residents of Puerto Rico who generate income in the island. Thus, the government of Puerto Rico has put in place very low tax rates for new investors and businesses that provide services on the island for customers outside of Puerto Rico. Acts 20 and 22, which took advantage of the benefits of Section 933, cut taxes for both new investors and businesses.

The main benefit of Act 22 is capital gains. Capital gains from the sale of securities and other personal property come from where you live. This means that gains on stocks, bonds, or other personal property, like precious metals, that you realize while living in Puerto Rico are treated as Puerto Rican-­sourced income and are therefore exempt under Act 22. Act 22 states that dividends, interest, and capital gains that are gained after a person moves to Puerto Rico and becomes a Puerto Rico tax resident, are tax free. Since Puerto Rican residents don't have to pay US income tax on income from Puerto Rico, this results in paying 0% taxes on investment income generated while in Puerto Rico for US residents who relocate to Puerto Rico

Even if you keep your US brokerage account while you are a Puerto Rico tax resident, any capital gains you make in those accounts will count as income from Puerto Rico and you may be able to get Act 22 treatment. Depending on the type of property, you decide how to divide a capital gain between appreciation that happened before you moved to Puerto Rico and appreciation that happened while you were there. For investments such as listed stocks and precious metals that are traded on a public market, you start by can start by figuring out the price of the investment on the day you moved to the island. Up to that price, all of your profit is considered to have been made before you moved (and Puerto Rico and the US tax you on it). The rest of the profit is thought to have been made while you were in Puerto Rico, so no tax will be applied.

To give you an example, read the following scenario:

On January 1, 2016, a person from the US mainland spent $100 on stocks. Then, on January 1, 2017, he moves to Puerto Rico. On that day, the stock is worth $200. On January 1, 2018, he sells the stock for $400, giving him a capital gain of $300 ($100 from before he moved to Puerto Rico and $200 from after). The US will tax the $100 earned before moving to Puerto Rico at 20%, and Puerto Rico will tax it at 10%. The US will give you a credit for the Puerto Rican tax, but the total tax rate is still 20%, just like if you had stayed on the mainland. Act 22 says that the $200 you earned after moving won't be taxed in Puerto Rico or the US because you lived there the whole time. It also won't be taxed in the US. There is no clear and simple way to figure out the value of non-marketable stocks and other interests in private companies on the day you move to Puerto Rico. The rules say that the value of the private security you brought with you to Puerto Rico went up at the same rate every day from the time you bought it on the mainland until the time you sold it there. If you bought $100 worth of stock in a company 100 days before you moved to Puerto Rico and sold it for $300, 200 days after you got there, $100 of the gain would be taxed as if it happened while you were still on the mainland, while $200 would be taxed as if it happened while you lived in Puerto Rico (tax free).

Under the US Internal Revenue Code, people who are bona fide residents of Puerto Rico do not have to pay federal income taxes on income from sources in Puerto Rico. Capital Gains

With your tax and business planning, the strategies are not a once size fits all, on the very contrary, each case varies greatly and specific personal, business, and financial circumstances must be taken in consideration before implementing the strategies that will produce the results sought, especially if the strategy includes relocation to a new jurisdiction. To get a specific strategy that will work for you and your business, make sure to schedule a consultation. 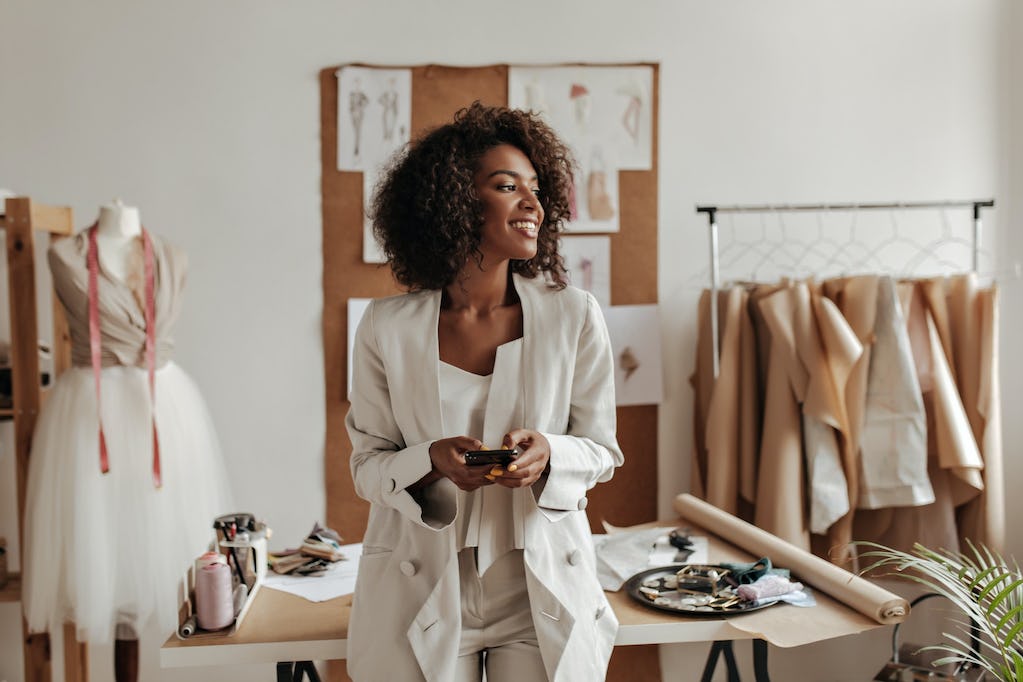 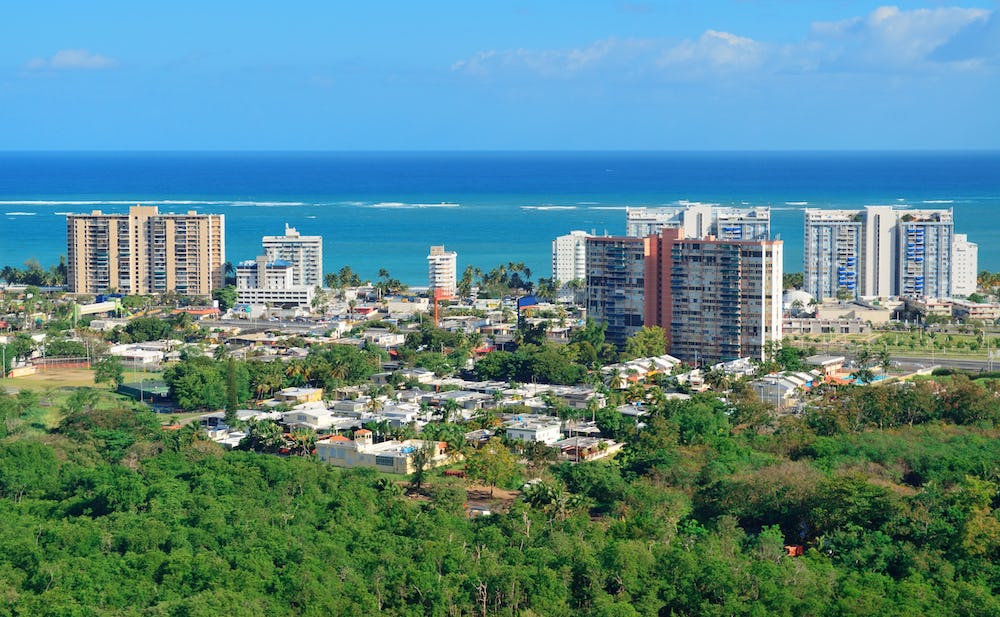 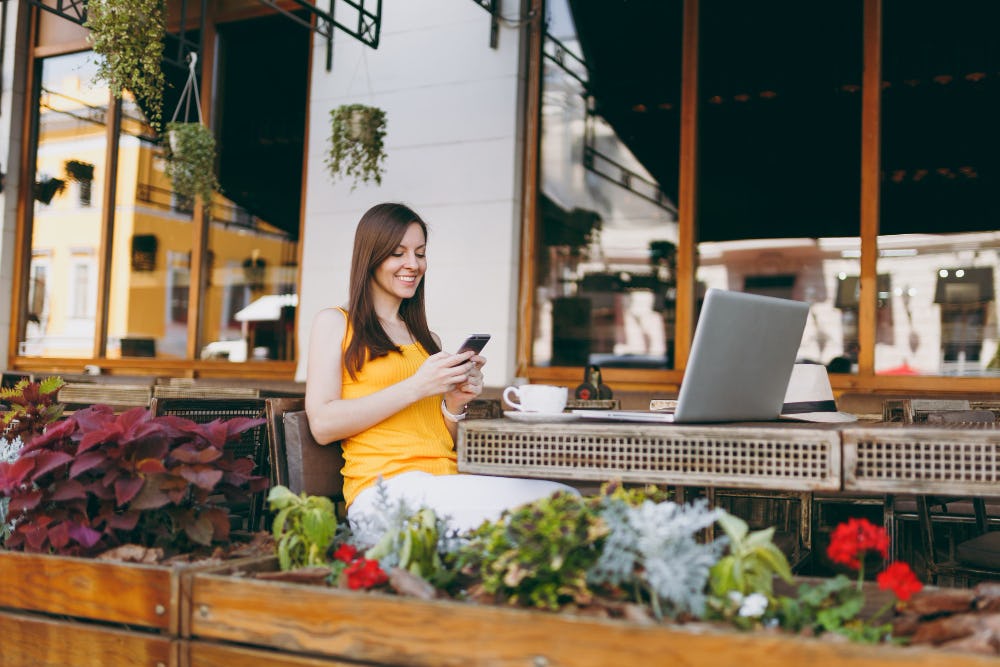 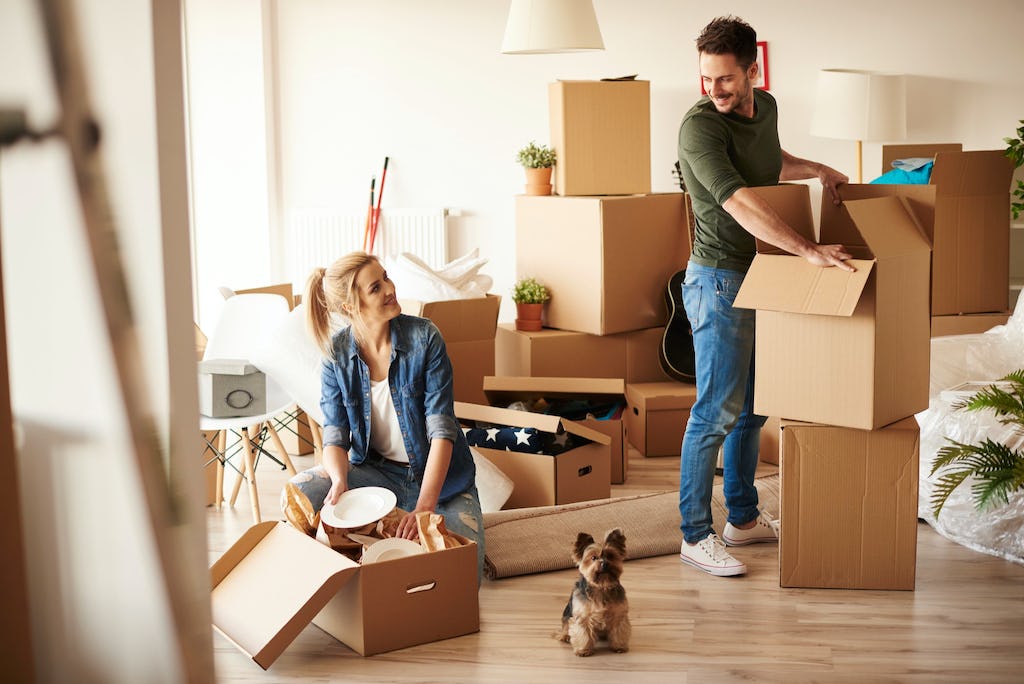 Contact Me
Why hire me?
Clients Trust Me
4.90
•
Reviews30
See more reviews
“Alexandra has shown to have much knowledge, she is very helpful and is making a very stressful experience much of an easier process. I am...”
Helen Santamaria Popescu
“Alexandra was so helpful! She was very knowledgeable about all of the questions I had for her regarding matters with business, multiple, countries, taxes, and...”
Maria Henning
“Alexandra Sabalier is a gifted lawyer, very professional and incredibly dedicated to her clients. Highly recommend!”
LM Soto
servicesabout meblogebookcontactprivacy policyimpressum